Located in beautiful surrounds of Springwood, St Columba's Catholic College is the top Catholic secondary school in the Blue Mountains.


Surrounded on all sides by the national park, the school was originally built as a seminary in 1909.

The striking mix of old and new reminds our students to value the past, live for the present and have hope for the future.

The school itself also offers many attractive features including: 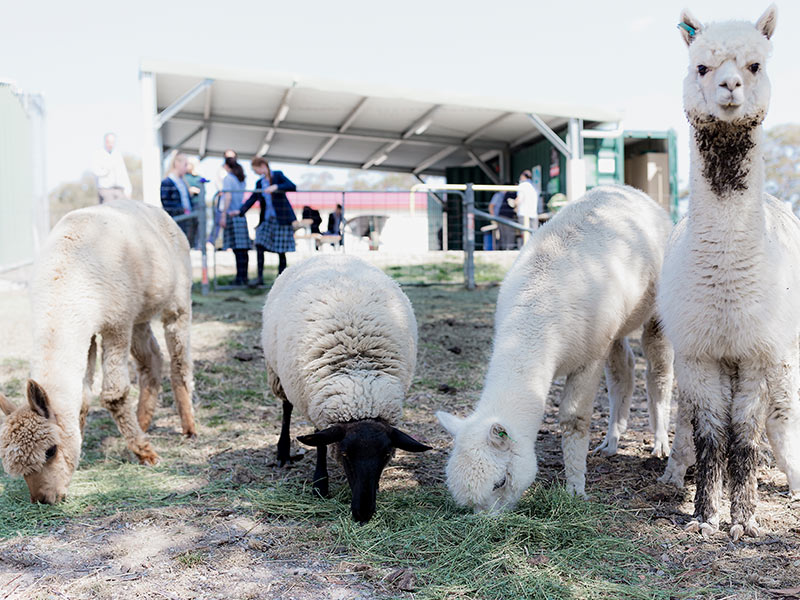 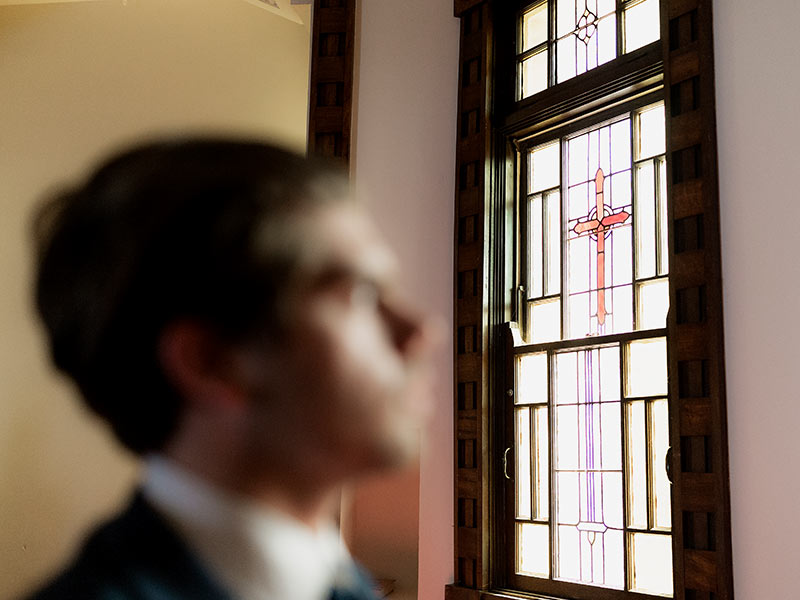 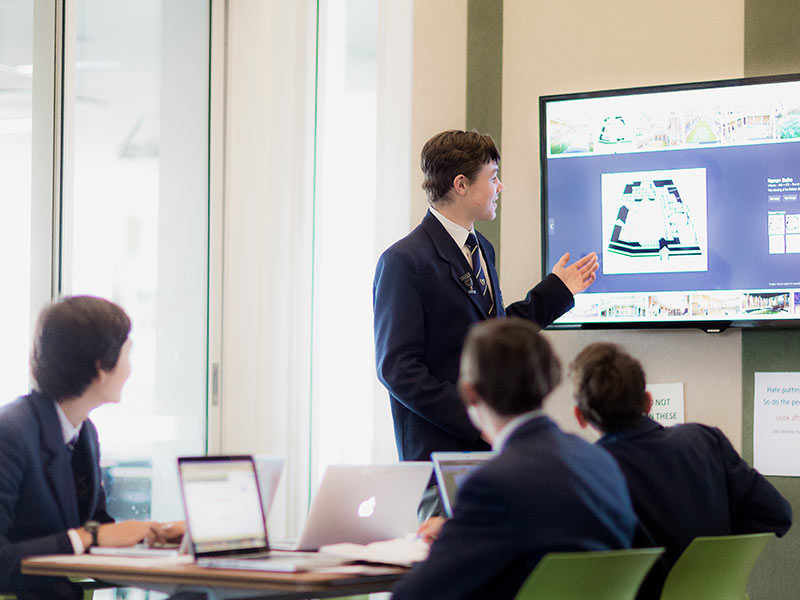 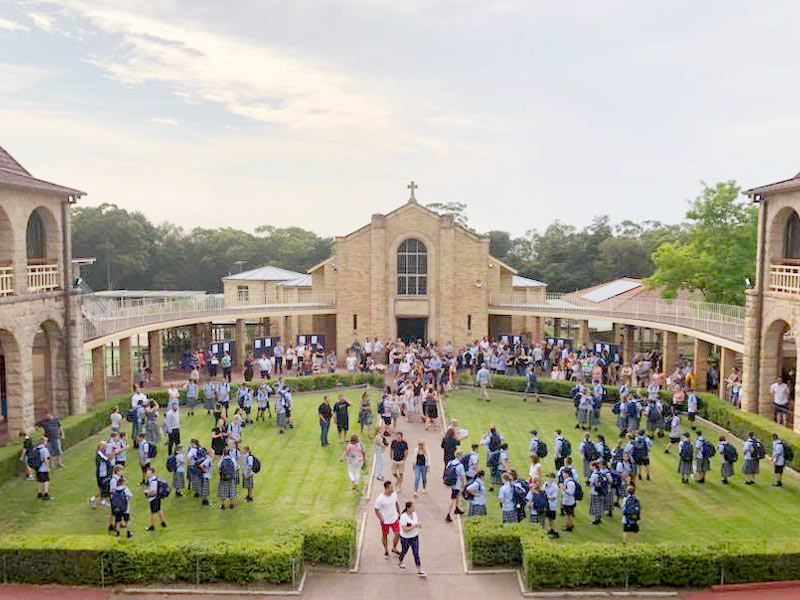 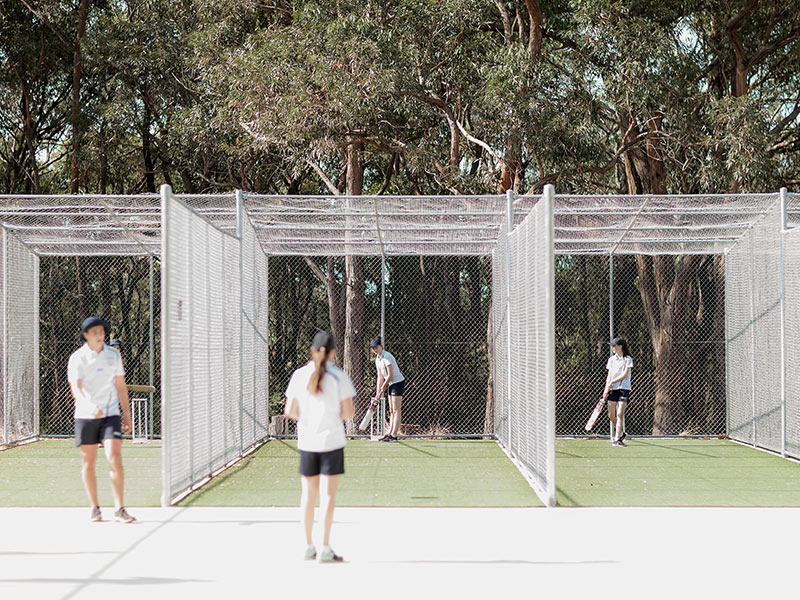 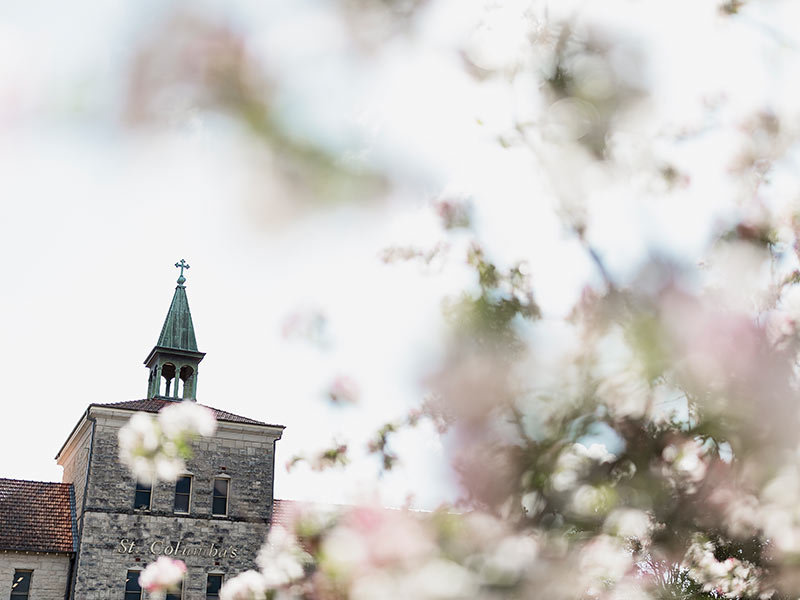 At St Columba’s Catholic College we strive for the full human development of our students, grounded in the teachings of Jesus Christ and supported by our Catholic faith tradition. Students are encouraged to: 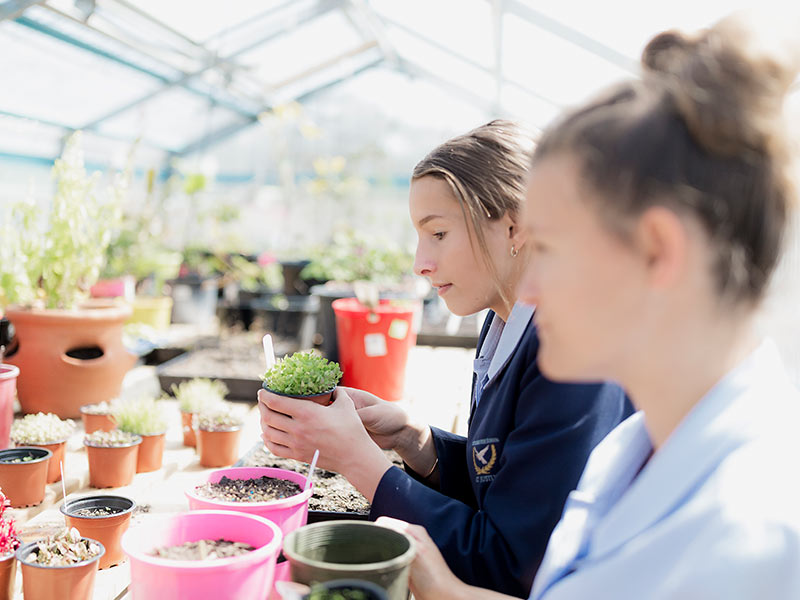 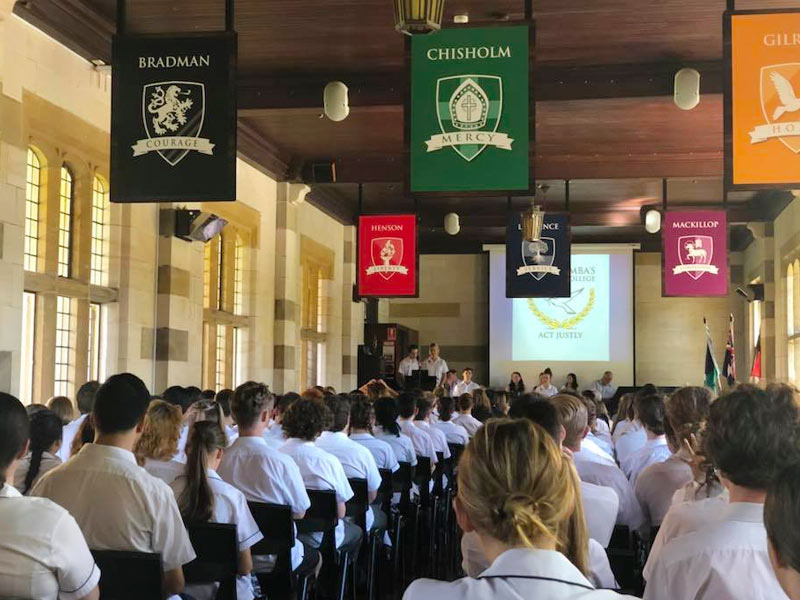 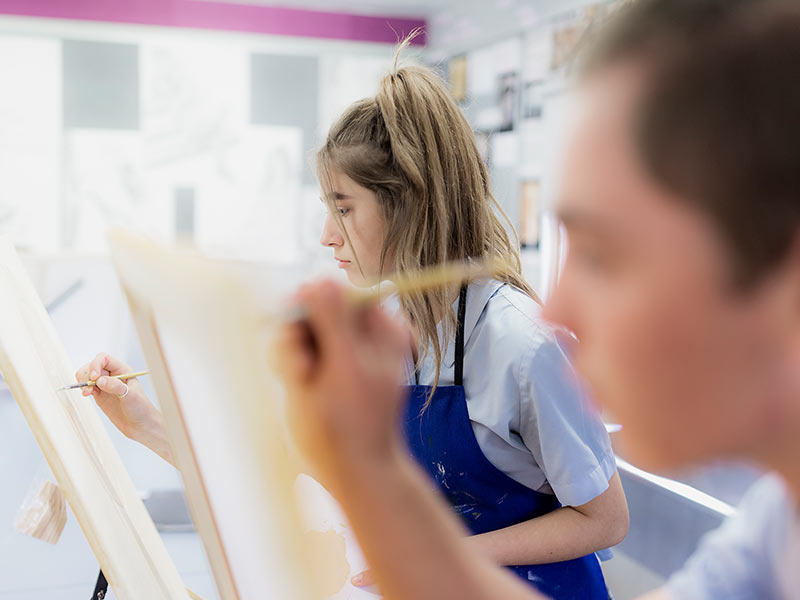 Saint Columba, patron saint of the island of Iona and patron saint of St Columba’s Catholic College, Springwood, was born on the 7th of December 521 AD near Lough Gartan in Donegal.


He came from royal Irish blood and could have been king of Ireland had he not turned to the church. His birth was foretold by Saint Patrick and his disciple, Maucta, and an angel came to his mother in a dream on the night of his birth to tell of “one who would be reckoned as one of the prophets of God who should lead innumerable souls to the heavenly country.” 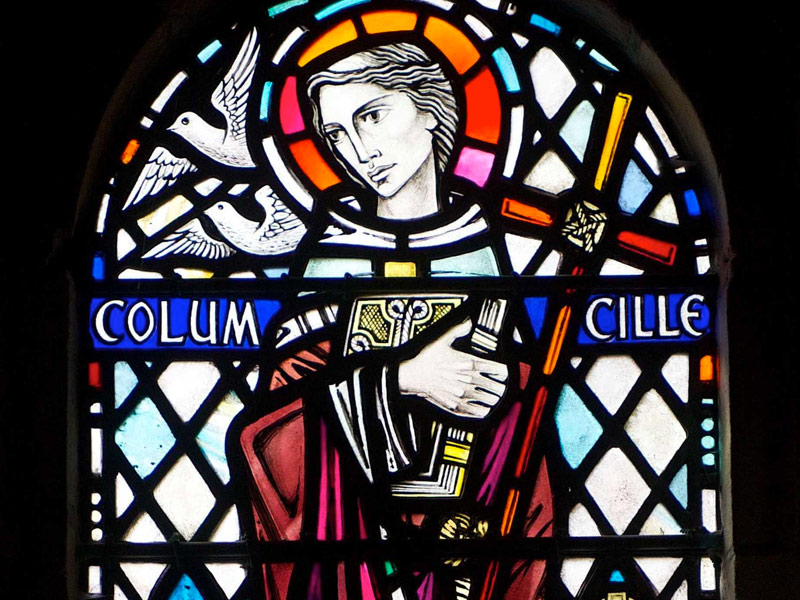 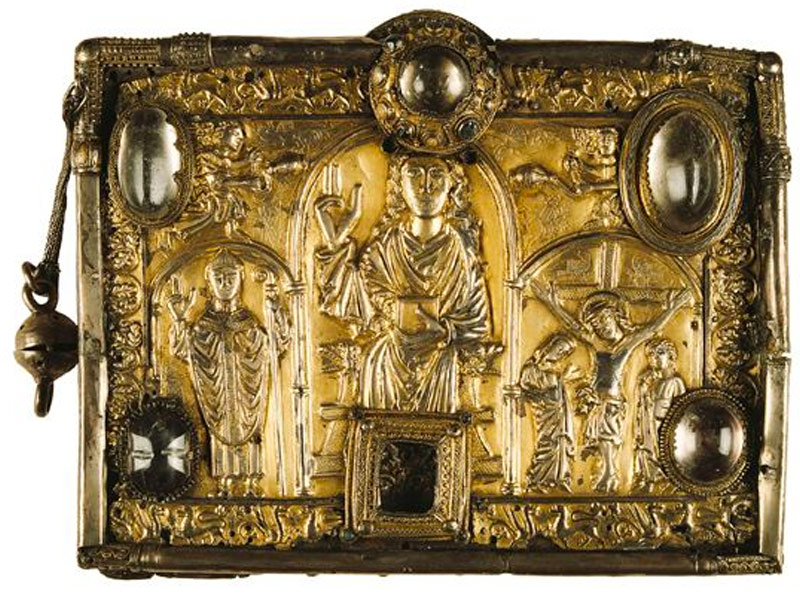 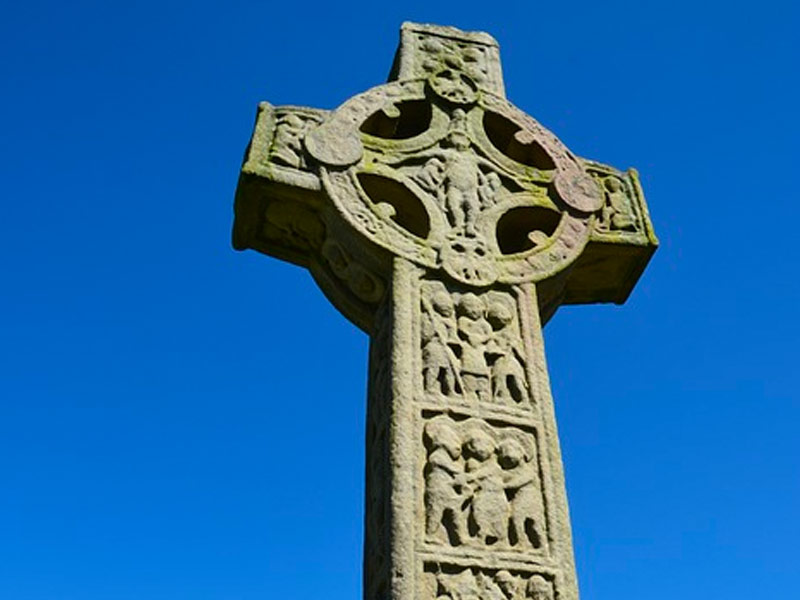 Columba, the latinised version of his name by which he is best known, may well be the archetype of the Celtic saint.

He is a mass of contradictions:

From his community of Iona, the Gospel traveled to the pagan Angles of the south and across the disintegrated remains of the Roman Empire. Columba, in an odd fashion, may be the patron saint of countless small churches which flagrantly violate copyright laws in copying music and documents.

The story of Columba's exile (or at least one version of the story) has its roots in a conflict between Columba and Finnian of Clonard, his master.

The conflict centred on one of the most precious items in Ireland at the time - a book. As books were inscribed on animal skins (papyrus not being suitable to the damp Irish climate), and as cattle was the basic form of currency (the value of a person in the social order was not infrequently reckoned in cattle), a book was a symbol of wealth as well as prestige. Further, a book of Holy Scripture had particular value. Finnian owned a Psalter, the Book of Psalms.

Columba snuck into Finnian's study each night to copy Finnian's treasured possession. When Columba was discovered he was brought before the local high king, unfortunately a rival to Columba's own powerful clan. King Diarmit, hearing the case, pronounced the judgment that still echoes in our litigious time: "To every cow its calf, to every book its copy."

Columba was humiliated and when Diarmit violated the law of monastic sanctuary in order to arrest and execute a kinsman of Columba, the saint took the opportunity to rouse his own clan, the Ui Neill, to battle. Columba's clan won the day - and by chance the Psalter as well, but three thousand men lost their lives in the process.

Columba was excommunicated for a time - the normal penance for a monk who takes up arms, and was sent into exile. It wasn't a particularly effective exile as Columba did return to Ireland several times, once to defend the bards when the nobles, tired of the bards' political satire, sought to have the order suppressed. However, Columba's exile had enormous repercussions for the Church in England, as the result of the exile was the founding of the Iona community.

From that community, Celtic monks travelled through the remains of the old empire and beyond, living and sharing the life of the Gospel. From that community, less than forty years after Columba's death, an Irish monk named Aidan was sent to the kingdom of Northumbria to bring the Gospel of the people of King Oswald.


While Columba created a vibrant Christian community, and served as a sort of Patron Saint of the Celtic tradition in England, the year of his death also saw the arrival of one whose values would ultimately triumph over the Celtic style, Augustine of Canterbury. The continental pattern of the Church, based more on structure and order than on passion and relationships, found its foothold in the southeast of England. In less than a century after Augustine's landing, the way of Columba and Aidan was rejected by the Anglo-Saxon kings in favour of the way of Augustine and the old imperial church. Yet Augustine's mission needed the vitality and community orientation of Celtic Christianity, the tradition of Columba, to penetrate and convert the Saxon kingdoms.

The institutional breakdown of the current era creates a climate where passion and relationships speak more powerfully to the contemporary soul than order and structure. Columba's foundation at Iona has been restored in this century. God grant his style of discipleship with return to the Church as well.

Our history and heritage are unique.


St Columba’s was originally built as a seminary for candidates of the priesthood in 1909.

Although our architecture reminds us daily of our links to the past and our connection to St Columba, the staff and students are an active part of the contemporary world in terms of academic studies, vocational education and faith development.

Always a vibrant community, our students are noted for their involvement in all aspects of school life. From the fun and enthusiasm of the swimming and athletics carnivals, to entertaining the community with drama, music performances and lending a hand to the less well off members of society, the students of St Columba’s are always full of energy ready to involve themselves in extracurricular activities.

Today we are known for our vibrant and active community and providing many opportunities for our students across a range of creative, sporting, academic and spiritual pursuits. It is our mission to grow as people who act justly, love tenderly and walk humbly with our God. 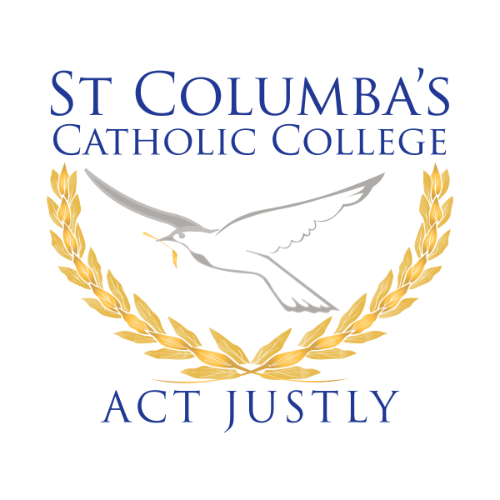 The College Crest captures symbolically our community inspiration and mission.


St Columba’s Catholic College takes the name of Columba (in Irish, Columcille) meaning ‘the dove of the Church,’ the sixth century missionary who founded the monastery on the island of Iona. He is known for his simplicity of life and the respect afforded him by all he met. Columba’s life radiates the immense richness of creation and the peace that comes from a joyful awareness of the love of God in every area of life. The dove reminds us, too, of the Holy Spirit, who gives us the courage to contribute to building up the Kingdom of justice at the heart of the message of Jesus Our Lord.

Together then, the dove and the olive branches of the College crest proclaim the goals, which will enable our students to be peacemakers in our world: ‘to act justly, to love tenderly and to walk humbly with our God'.

St Columba’s Catholic College has a rich tradition of prayer and liturgy. As a Catholic community, we celebrate with a sense of the sacredness of people, time and space.

The Angelus is prayed each day at noon, by the entire school community, and classes pray at the commencement of each period.

All Year 7 to 12 students undertake the Religious Education program, Sharing our Story.

Each Religious Education lesson begins with prayer. Classes regularly visit the school’s Iona Chapel for reflection and prayer, linked to themes of their program.

Year level retreats flow from stage-specific focuses of the program.

Programs and activities related to pastoral care include: